The Basilica of San Silvestro (eleventh/twelfth century) is the oldest church in Trieste. Today it is the centre of the Helvetic and Waldensian Evangelical community. 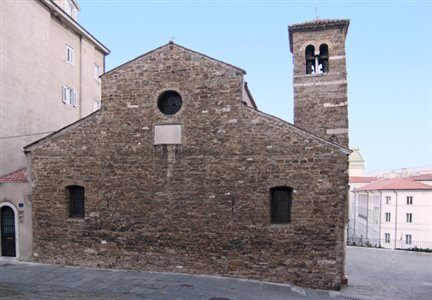 The façade of this beautiful Romanesque basilica features an austere and elegant rose window. In front of what was once the main door, there is a Romanesque porch surmounted by a bell tower. The latter was probably an ancient defence tower on the city wall that was later embellished with elegant double lancet windows during the last rebuilding.
Over the centuries many events took place in this basilica that a stone commemorates as being Trieste's "primum templum et Cathedrale".

Another stone with a Latin inscription, above the main door, commemorates an event that occurred in 1785 - under Emperor Joseph II, the Church of San Silvestro was put up for public auction at a price of 1,500 florins. 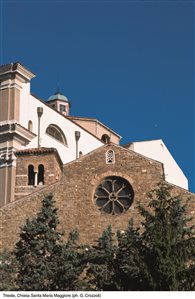 On this occasion, a few members of the Evangelical community of the Helvetic Confession, mostly Swiss immigrants, purchased the church, renovated it in an austere manner and then reopened it for reformed religious services.

In 1927, after a violent earthquake, the building was restored to recover its original fourteenth-century style. In 1928, the basilica was declared a national monument.

At the end of the nineteenth century, the existing Helvetic community was joined by a Waldensian community, also reformed, leading to a complete merging of community life despite administrative differences.

The prized organ of the Basilica of San Silvestro was completely restored recently. Used not only to accompany religious services, it is also frequently a lead instrument in various musical evenings organized in the basilica. 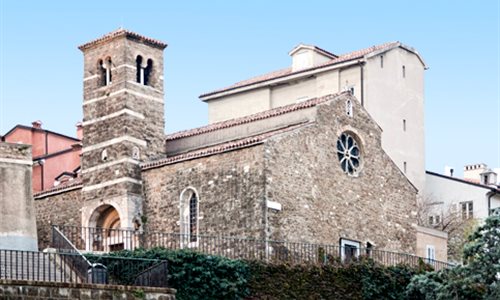