The Church of Sant'Antonio Taumaturgo is located in Borgo Teresiano, at the end of the Grand Canal, and is the largest church in Trieste. 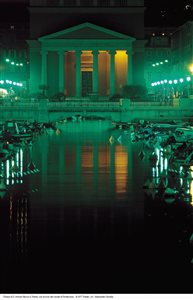 The common name of Sant'Antonio Nuovo (New Sant'Antonio) derives from the fact that there was a pre-existing Sant'Antonio church.
It was built in the Neoclassical style between 1825 and 1849, to plans by the architect Pietro Nobile - one of the leading exponents of Neoclassicism in Trieste - who took inspiration from the classical splendour of famous Roman monuments.

The designs were actually provided by Pietro Nobile in 1808, but teething problems caused work to be delayed for so long that the architect, who by then had become Director of the Academy of Fine Arts in Venice, had to supervise the work via letters. 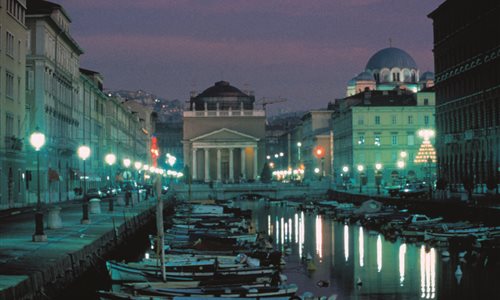