The Rilke Trail is a beautiful scenic walk that connects Sistiana to Duino, running alongside the Falesie di Duino Nature Reserve. 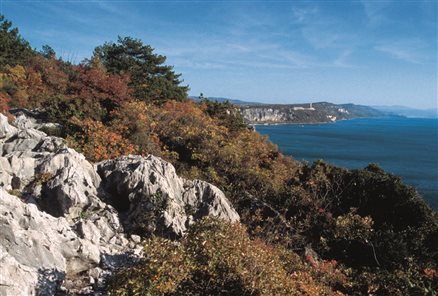 The trail is named after the poet Rainer Maria Rilke, who lived as a guest of the princes Thurn and Taxis at Duino Castle. Rilke loved these places so much that he used them as inspiration for his Duino Elegies: "Being here is splendid", he wrote. And how can you say he was wrong?

For those interested in studying, walking the Rilke Trail offers an opportunity to observe karstification phenomena at close quarters. Scenic stations have been created, taking advantage of military bunkers and foxholes from World War I and World War II.

But the true glory is the splendid view of Sistiana Bay and the entire Gulf of Trieste, a view that should not be missed! 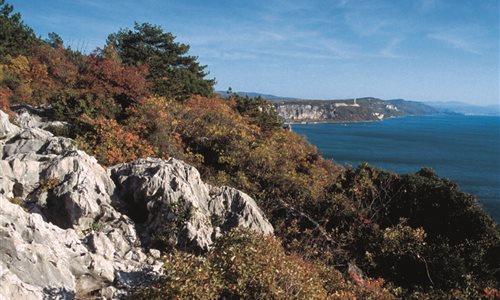