Walking the trail that goes from Santa Croce to Aurisina, protected from the Bora, is an experience for all your senses. 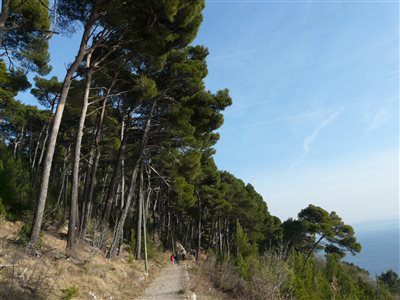 The sea spreads out before you in a view that encompasses the entire gulf from Salvore Point to Grado (even further on fine days when the Bora has cleared the air), and you are surrounded by the incredible, endless red shades sumac, the gleaming white of the Karst stone and the dark green of the juniper shrubs, while the scent of sage accompanies you along the entire path.

At a certain point along the Tiziana Weiss Trail, you will reach a fork with a sign for the Fisherman's Trail. If you take it, you will walk one of the oldest trails on the Karst plateau. This path that leads to the sea was used as far back as Roman times to transport white Aurisina stone to the ships that carried it away to be used for embellishing temples and noble residences throughout the Mediterranean. Fishermen also used the trail to descend to the sea at Canovella degli Zoppoli to fish with their "zoppole" or "čupa", boats dug out from a single tree trunk. One of these ancient boats can be seen at the Trieste Sea Museum. 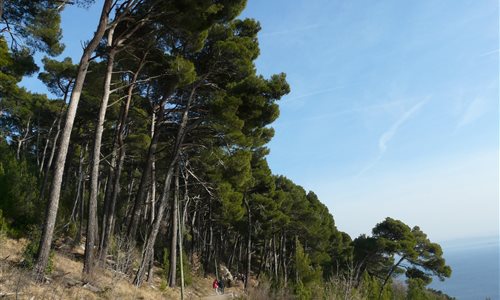