The Trieste Opicina race was an uphill car race held from 1911 to 1971. Over time, it became known as "The Uphill Monza" due to the high speeds that the cars reached on the winding route to the small town on the slopes of Trieste's Karst plateau.

Unfortunately, the high speeds that gave rise to the race's fame and international importance were the very reason why the event came to an end in 1971 - cars had become too fast and the area surrounding the route had become so populated that it was no longer possible to close the road to traffic for two days to hold the race.

In fact, the Strada Nuova per Opicina is the only road connecting Trieste to the numerous towns on the plateau, so closing it to traffic would have isolated those towns and villages for an entire weekend.

The close bond with Trieste 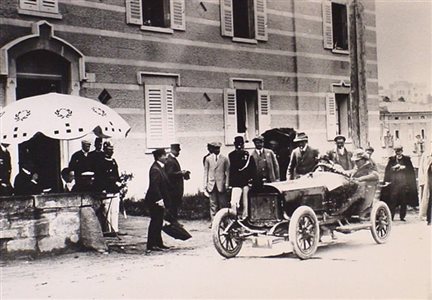 Few times in the history of car racing has there been such a strong and symbiotic bond between the competition and the city that hosts it. From the ladies of the Belle Epoque carrying parasols and wearing long skirts who admired the daring Count Sasha von Kolowrat at the starting line in 1911 to the families crowding the curves in Conconello with picnic baskets in the '50s and the first miniskirts and long hair in the '60s - the entire city eagerly awaited that wonderful weekend in early summer to gather around the drivers, timekeepers and mechanics, happily mixing with the racing crowd.

Since 1982, the Club dei Venti all'Ora di Trieste, an association of vintage and sports car enthusiasts with strong ties to Trieste, its history and its traditional activities, has organized historical recreations of the race known as the Trieste Opicina Historic. Rather than attempting to replicate the race, which is unfeasible for various reasons, the association seeks to revive the event's passion, fun and turnout by putting beautiful vintage racing and touring cars back on Trieste's roads. 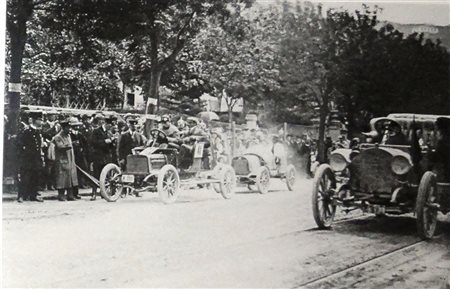 The first Trieste Opicina race was held in 1911, when Trieste was still part of the Habsburg Empire. Back then, the drivers from the "nearby Kingdom" of Italy were the "foreigners"!

Trieste was an important crossroads for trade and travel, as well as the largest port in the empire. The city was teeming with entrepreneurs, industrialists, important figures and nobility, as well as adventurers.

A few notable visionaries, including the Parisi, Dreher and von Thurm und Taxis families, decided to give a boost to the era of vehicles and automobiles that was developing at the end of the Belle Epoque by organizing a car race to celebrate speed, courage and human skill.

As evidence of the vibrancy of the local automobile scene, by 1908 a downhill car race had been organized on the Barcola promenade, where the Barcola pine grove and popular Topolini bathing facilities are located today. 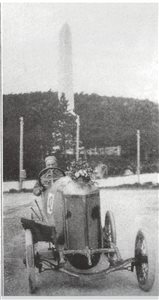 When the Trieste Opicina was organized, the bar was raised and the race successfully achieved notoriety on the prestigious European stage.

In fact, the first Trieste Opicina was the absolute largest of the races held before World War I and even World War II. Enormously successful and widely publicized, it immediately became one of the great classic races. Of the competitions still being held today, only the Targa Florio (1907), the Alpenfahrt (1910) and the Monte Carlo Rally (1911) are older than the Trieste Opicina.

Otto Hieronimus won the first race at the wheel of a Laurin & Klement, a Bohemian company that soon became Skoda - ties between Prague and Trieste are still very strong, due partly to this victory. Otto beat cars produced by Mercedes, Puch, Austro-Daimler, Lancia and Ford.

World War I (1914-18) (the war began a year earlier in Trieste than in Italy - the city experienced an extra year of fighting, taking part in the conflict first as an Austrian territory and later as an Italian territory), gloomily ushered in by the attack in Sarajevo, put an end to the Belle Epoque and the Trieste Opicina race. The competition was not held again until 1926, in a city that was deeply scarred and profoundly changed.

The return of the race 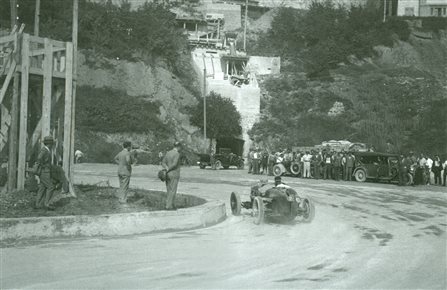 Due to an overwhelming desire to speed along the wide, well-designed curves leading to Opicina, the race was revived as a serious competition organized by the Automobile Club Trieste.

By 1929, the famous driver Achille Varzi had won in an Alfa Romeo. The true feat, however, occurred the following year in 1930, when the victory went to the "Champion of Champions" Tazio Nuvolari. The "Flying Mantuan" thus gave the team's patron Enzo Ferrari his first victory. Ferrari had not yet begun to build automobiles at the time, but instead raced a fleet of customized Alfa Romeo P2s and P3s. From that day forward, he had a special connection with Trieste and always participated in the race wholeheartedly, entering his best cars and drivers. By the time the race ended in 1971, Ferrari had racked up nine victories at the Villa Opicina finish line.

In the years leading up to World War II, the Trieste Opicina race strove to recapture its former glory - Lancia, Alfa Romeo, OM, Bugatti, Salmson, Maserati and Fiat all began competing in the race. In 1939, a more subdued event was held as the winds of war began to blow. Once again, the outbreak of a global conflict interrupted the race's evolution.

The Fifties and Sixties 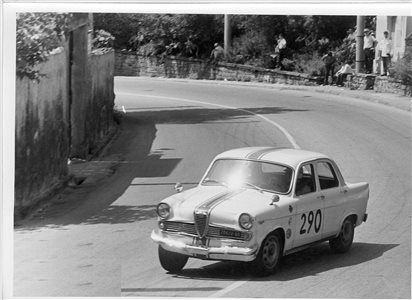 After World War II ended and the city had been patched up as best as possible, something extraordinary occurred - local fans rallied round "their" race, reviving it despite the countless difficulties and problems afflicting the tormented region.

The race grew in importance, with the likes of Osca, Abarth, Cisitalia, Porsche and Lotus competing. It became a key event, representing one of the most highly contested and coveted stages of the European Mountain Championship. Official teams would not dream of missing Trieste, while established and aspiring drivers, as well as private people with varying economic resources, all wanted to compete on this winding route from Foro Ulpiano to Casa Cantoniera in Banne.

The great champions of the Trieste Opicina race 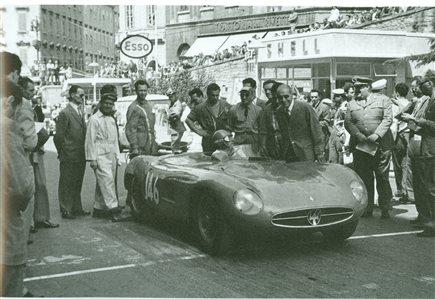 The extraordinary bond between Trieste and its race reached its climax in the 1960s - more than a mere race, it was a city festival like the Barcolana regatta is today.

Even people who were not fans of cars and races gathered at the starting line and along the route, where entire families enjoyed picnics and children watched the race from the privileged vantage point of their fathers' shoulders.

An event of such universal appeal is truly rare - even today, if you happen to mention Trieste to a former driver who never had a chance to compete, his eyes will light up as he replies "Ah, Trieste Opicina", as did the late Clay Regazzoni.  The city's name still holds a special place at the top of international car racing based on the memory of its race. Trieste - the city of coffee, the Barcolana regatta and… the Trieste Opicina race! 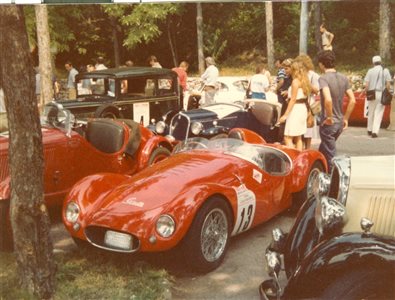 The course has been extended to include the neighbouring provinces of Gorizia and Udine and even crosses into Slovenia and sometimes Croatia. The Trieste Opicina has become part of the Alpe Adria Classic Challenge international championship and is regaining its international reach, with a growing number of foreign cars competing in the race

Trieste – the true star of the race 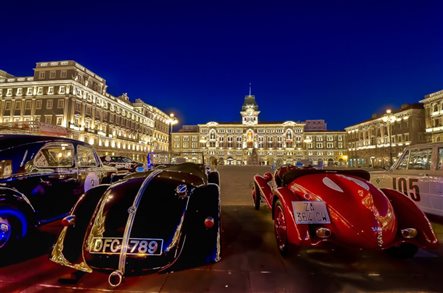 Another factor that has made the Trieste Opicina truly unique is the splendid region where it is held, which is capable of attracting not only car fans, but also people with a casual interest and tourists.

Sports cars and vintage cars are undoubtedly beautiful and can draw people of all ages, from children to the elderly. However, the cars are even more attractive with the right backdrop - like stunning views of Trieste, unique Karst landscapes and the rolling, vineyard-filled slopes of the Eastern Hills.

The reverse is also true - those landscapes and views seem like they were made to enhance the curved lines of Pininfarinas, Bertones, Zagatos, Giugiaros and Scagliettis.

The Trieste Opicina race has thus rallied round the exceptional features of Trieste and Friuli Venezia Giulia, advancing and promoting them around the world.