Located next to the Greek Orthodox Church of San Nicolò, one of Trieste's most popular tourist destinations. 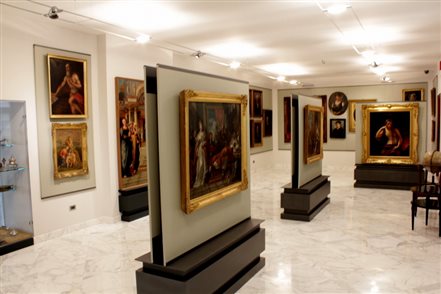 The Eastern Greek Community Museum is dedicated to Costantino and Mafalda Pisani, a couple who lived in Trieste in the 1900s and greatly contributed to conserving and enhancing the historical and artistic heritage of the community. 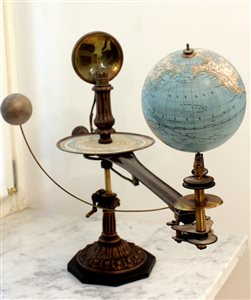 Among the museum's artefacts visitors will find a number of religious icons dating back between the 15th and 19th century, from Greece, Mount Athos, Russia, the Balkans and the Middle East. The section of the museum reserved to western art presents, among others, the large panel featuring "The Presentation of the Virgin at the Temple", by Maestro delle Storie di S. Agnese, a pupil of Bramantino, who was active in Lombardy during the 16th century, and a 17th-century Flemish version of "Susanna and the Elders".

Also of interest, the liturgical silver, religious furniture and especially the golden wood Epitaph, which dates back to the beginning of the 19th century, a symbolic reproduction of the tomb of Christ, used during the celebrations of the Orthodox Holy Week.

The portrait gallery of the presidents of the Eastern Greek Community in Trieste, the work of Greek and local artists, has both a historical and artistic value. Finally, a showcase is dedicated to memorabilia and to the community school, an institution that gave a strong contribution to keeping Greek language and culture alive in Trieste.
riva 3 Novembre, 7