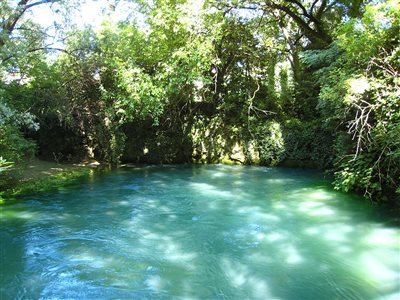 In this area, surrounded by majestic cypresses, poplars and plane trees, the river Timavo "re-emerges" after 40 km underground.

The source of the Timavo river is in Slovenia, near the slopes of Mount Nevoso; the river then runs for approximately 50 km and drops deep in the Škocjan Caves, where, after 2.5 km and 25 waterfalls, it disappears and re-emerges in San Giovanni al Timavo.

Speleologists can see it descending in the pits of the Trebiciano Abyss.

In the past, the Timavo Resurgence area was an important place of worship: the river re-emerging from the ground was a phenomenon that scared and fascinated the early inhabitants of the region. Hercules, Saturn, Spes Augusta, Libero Augusto and the god Temavus, were all worshipped here. 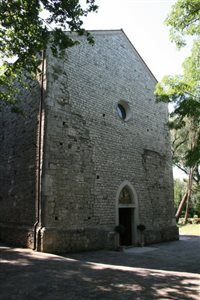 The poet Virgil mentions Timavo in his Aeneid, referring to "nine mouths", while other historians/writers mention seven.

"Antenor could escape through the thick of the Greek army, and safely enter the Illyrian gulfs, and deep into the realms of the Liburnians, and pass the founts of Timavus, from which the river bursts, with a huge mountainous roar, through nine mouths, and buries the fields under its noisy flood."

The first chapel was built here in the 4th century, with the advent of Christianity; after successive modifications, it became the Basilica of San Giovanni in Tuba.

The Benedictine coenoby was destroyed by the Pannonian Avars in 611. It was rebuilt only to be destroyed by the Hungars in 902. Rebuilt again thanks to the patriarch of Aquileia, Ulric I, it was permanently destroyed during a Turkish attach.

During the Habsburg domination, part of the river was used as administrative border between Austria and the historical region of Carniola.
Strada Statale 14
34019 Duino-Aurisina TS 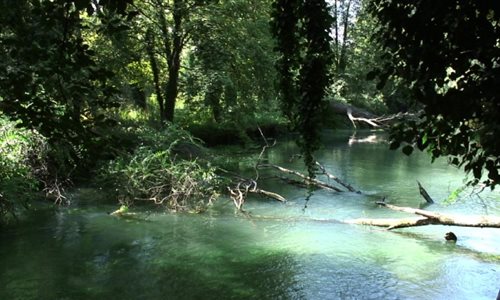