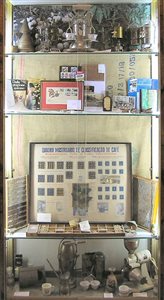 The museum, inaugurated in 2005, is located on the main floor of Palazzo Dreher, in Via San Nicolò. The building was designed between 1909 and 1910 by the Viennese architect Emil Bressler and re-adapted in 1928-1929 to host the "New Stock Exchange" by Trieste's architect Gustavo Pulitzer-Finali, founder of the Italian modern maritime interior design.

In the various rooms visitors will find documents and artefacts that belong to the history of Trieste's Chamber of Commerce, established by Maria Theresa of Austria in 1755; they will also have the chance to admire the tools used to check goods and the product laboratory as well as the sections dedicated to the sea and the port.

The Museum of Commerce also hosts the Coffee Museum of Trieste, founded in 2001. Originally located in the Lloyd tower, its exhibits mainly come from private donations: coffee cups once used in Trieste's historic coffee shops, coffee grinders, artefacts to verify the quality of the coffee and many other interesting items. Over the years, the Coffee Museum has partnered with institutions of other European Countries, including the Peugeot Museum, which originally was a coffee grinder factory. The museum also is involved in the organisation of events such as the Triestespresso Expo, held every two years, and the Trieste Coffee Festival held yearly.

call to organize the visit 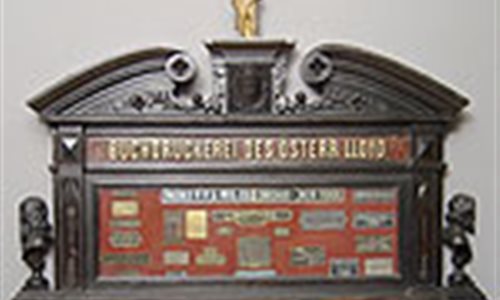