With more than 2 million exhibits, coming mostly from the Karst Plateau and the Adriatic, the Museum of Natural History owes its fame not only to its early founding in 1846, making it one of the oldest in Italy, but also to its collections of unique exhibits, which are sure to spark interest.

The objects on display range from the dinosaur Antonio (Tethyshadros Insularis), the largest and most complete dinosaur found in Italy and Europe's most important paleontological discovery, to the most ancient example of dental care in the world - a human jaw more than 6400 years old that has a dental filling made of beeswax.

The undisputed star of the museum is Carlotta, a 5.4 metre-long white shark that was caught by a courageous captain in 1906 in the North Adriatic.

But that is not all - the museum also has a faithful reproduction of the Wunderkammer (Cabinet of Curiosities) and Zoological Cabinet that formed the museum's original nucleus, enabling visitors to experience the allure of scientific museums of the past.

Of course, visitors should not miss the other fossils, including the Acynodon adriaticus, an extraordinary oyster-eating crocodile, and the ancient Carsosaurus Marchesetti, a mysterious primitive marine reptile.

Other must-see attractions include the Human Evolution Room, the Giants of Earth Sea Rooms (containing elephants, monk seals, sperm whales, whales and the mythical narwhal), the Theatre of Skeletons and the Cycle of Life Room. Finally, the visit can be concluded with a dip into the sea, among sharks, coral, giant crabs and the Coelacanth, a deep-sea ancestral fish and true living fossil. 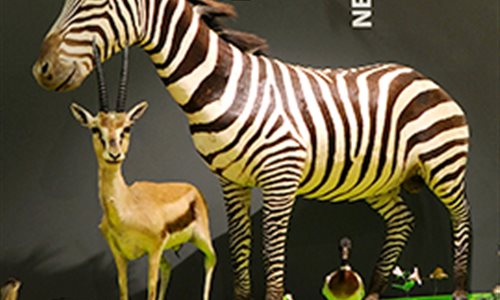