The Giuseppe Verdi Opera Theatre is the principal opera and symphony theatre in Trieste. 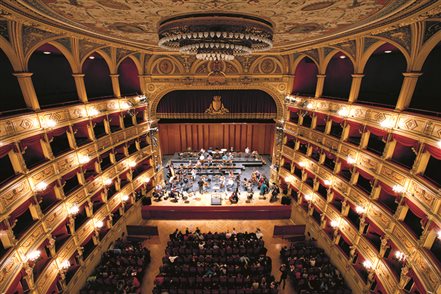 Built between 1798 and 1801, it was based on the original designs of Giannantonio Selva, who also designed the Fenice Theatre in Venice. The theatre was finished by Matteo Pertsch, who was mainly responsible for the façades.
The main façade bears a strong resemblance to La Scala in Milan, Pertsch being a student of Giuseppe Piermarini, who designed the Milan theatre.
The theatre was inaugurated with the name "New Theatre", later changed to "Trieste Theatre".
It was given the name "Giuseppe Verdi Theatre" after an unscheduled city council meeting held on 27 January 1901, the very night that the great composer died. 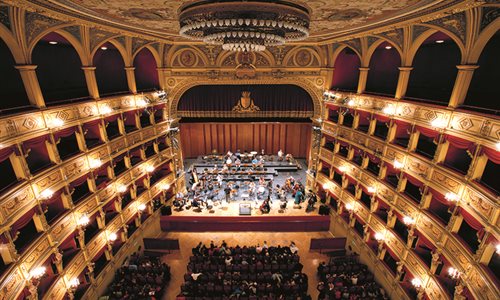