This post is for those who enjoy itineraries that are off the beaten track.
Trieste has several attractions that have been preserved, enhanced and opened to visitors thanks to the efforts of non-profit associations. This interesting model has made it possible, thanks to the help of volunteers, to develop the tourism potential of small gems that otherwise could not be managed by the owners. Let's discover them together.

Kleine Berlin is a complex of air-raid tunnels that was built during World War II. Located at the base of Scorcola Hill, the complex consists of two distinct yet connected parts: a section built by the Italians and used by the population during air-raids, and a section built by German soldiers that was used both for storage and as an air-raid shelter. Famous for enabling the incredible escape of General Odilo Globocnik and his faithful followers in the turbulent days following the Allied capture of the city, the complex is one of the few of its kind open to the public. Guided tours are organized by Club Alpinistico Triestino (Trieste Alpine Club), an organization that has always taken an interest in restoring and managing this underground treasure. 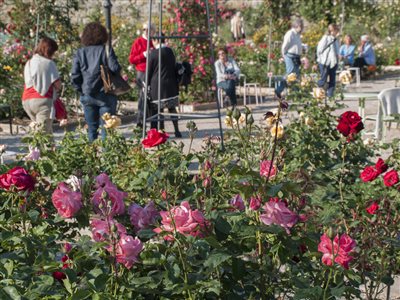 In the heart of the former San Giovanni Psychiatric Facility, there is a delightful rose garden that dedicated volunteers from Trieste Altruista(Trieste Altruist Association) and Circolo Amici in Giardino (Circle of Gardening Friends), in collaboration with the Cooperativa Agricola San Pantaleone (San Pantaleone Agricultural Cooperative), have rescued from neglect and brought back to life. Today, the San Giovanni Rose Garden is a green space where visitors can admire glorious blooming roses of every colour each spring - a unique pleasure for nose and eye! With six thousand roses belonging to three thousand different species, it is a candidate for the World Federation of Rose Societies (WFRS) "Award of Excellence", which will be awarded in June 2015.

Concerts at the Castle, Art and Music Association

The most visited attraction by far in Trieste is Miramare Castle, the dream residence of Maximilian Habsburg and his wife Charlotte of Belgium. If you visit in spring, we recommend that you don't miss the "Concerts at the Castle", musical performances organized by the Associazione Arte e Musica (Art and Music Association). Held in the castle's Throne Room, the offerings include concertos for piano, accompanied from time to time by violin, cello, guitar or vocals, as well as solo recitals. The programme ranges from classical pieces to twentieth century works. The perfect acoustics and beautiful historic setting contribute to making this a stirring and unforgettable experience. 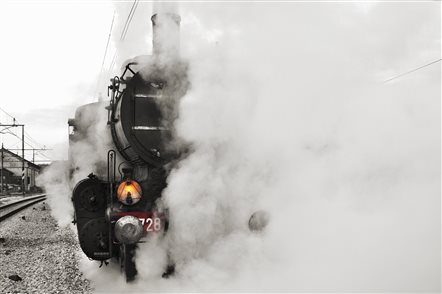 During the Habsburg Empire, the former railway station of Campo Marzio echoed with the sounds of locomotives, merchandise and people taking the Transalpina, the important line that connected Trieste to Vienna and Salzburg. Today, the station houses the Railway Museum, inaugurated in 1984 thanks to the dedication of a few volunteers fromDopolavoro Ferroviario di Trieste (After-work Railway Association of Trieste), who gathered historic materials and organized a unique exhibition. The four tracks outside the station hold various types of railway vehicles - steam and electric locomotives, diesel shunting engines, passenger carriages, freight cars, special vehicles and tram wagons - while the interior spaces house uniforms, equipment and technology used to operate the station. Don't miss the large diorama that reconstructs the Opicina junction, where the Transalpina (Transalpine) and Meridionale (Southern) lines intersected, in 1910.

The park at Miramare Castle is home to a must-see attraction for nature lovers - the Miramare Marine Nature Reserve, established in 1986 by the Ministry of the Environment and managed by WWF. This 30-hectare protected area, managed with a comprehensive care programme, is located at the foot of the Miramare promontory, between the Grignano marina and the white cliffs of the Barcola coast. At the Visitor Centre, open all year, WWF volunteers reveal the secrets of the marine reserve, while diving enthusiasts can book underwater guided tours to admire the fish and sea floor.