Trieste's geographical position and maritime trade relations have enabled it to build a rich collection of artefacts from ancient lands extending from Egypt to Mesoamerica. There are prehistoric objects from the Karst area of Trieste and discoveries from the Iron and Bronze Age fortified settlements, a vast Roman collection from Aquileia and the Mediterranean area, and an enormous repertoire of Magno-Greek and Attic ceramics from Greece, dating from ancient times to the Hellenistic period. There are items ranging from the Taranto excavations to the Fabietti Collection from El Salvador, and the Museum's masterpiece - the fabulous embossed silver rhyton, a ritual vessel terminating in the sculpted head of a young fawn, dating from 400 BC. But with more than a thousand items it is the Egyptian collection that dominates, playing a strong educational role and offering a broad view of life in the civilisation of ancient Egypt. The Museum's rooms contain granite and limestone sarcophagi plus three made of wood, plastered and painted, and containing human mummies from 3000 years ago. The collection also has steles and pyramidions, sheets of papyrus and Egyptian canopic vases of alabaster used to preserve the viscera of their deceased owners.

There are also statues depicting the main deities (sacred animals and zoo-anthropomorphic gods), shabtis (servants of the deceased) made of stone, wood and faience, and amulets.

In the Lapidary Garden alongside the museum there is a neoclassical work by the sculptor Antonio Bosa commemorating the distinguished German historian and antiquarian Winckelmann, who was tragically murdered in Trieste in 1786.

There are also Roman materials from Aquileia, Istria and Tergeste, plus medieval and modern artefacts from the city.

Reservations (max 1 group every 15 minutes) can be made from the home page of the single Museum which directs interested parties to the Midaticket portal; to the e-mail address of the individual Museum; by calling the Museum directly during opening hours.
TELEPHONE BOOKINGS ARE ACTIVATED FOR THE FOLLOWING MUSEUMS
Civico Museo d'Antichità J. J. Winckelmann - www.museoantichitawinckelmann.it - Tel. +39 040 310500 (tuesday-friday 10am-5pm, monday closed) 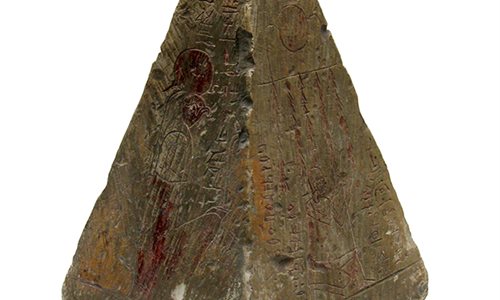