The Fighter's House by Umberto Nordio, built on the site of the Austrian barracks where Guglielmo Oberdan was executed on 20 December 1882, is home to the Risorgimento Museum. 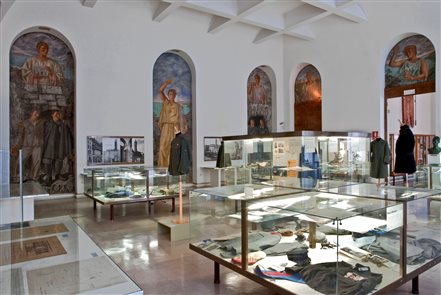 His Memorial stands alongside the building, with the original cell in which he was imprisoned while awaiting execution and statuary by the sculptor Attilio Selva.

The Risorgimento Museum conserves documents, photographs, uniforms, memorabilia and paintings connected to the events and figures of the Risorgimento, both locally and further afield, from the riots of 1848 to the end of the First World War. 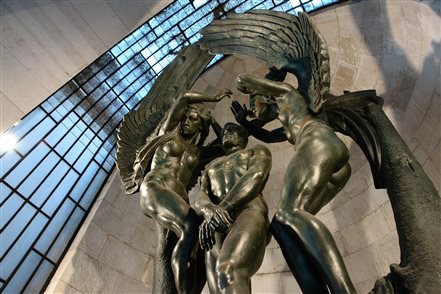 The museum grew initially around the legacy of the writer and patriot Filippo Zamboni. The majority of exhibited and stored items were acquired through private donations and include the documents, uniforms and belongings of Scipio Slataper (b. Trieste 1888, d. Monte Podgora 1915), the brothers Giani and Carlo Stuparich (b. Trieste 189, d. Rome 1961; b. Trieste-Monte 1894, d. Cengio 1916) and Nazario Sauro (b. Koper 1880, d. Pola 1916).

Reservations (max 1 group every 15 minutes) can be made from the home page of the single Museum which directs interested parties to the Midaticket portal; to the e-mail address of the individual Museum; by calling the Museum directly during opening hours.
E-MAIL RESERVATIONS ARE ACTIVATED FOR THE FOLLOWING MUSEUMS
Civico Museo Sveviano - www.museosveviano.it - e-mail museosveviano@comune.trieste.it

Civico Orto Botanico - www.ortobotanicotrieste.it - ortobotanico@comune.trieste.it
Museum closure
The following museums cannot be visited at the moment, as they are affected by redevelopment, rearrangement or transfer: 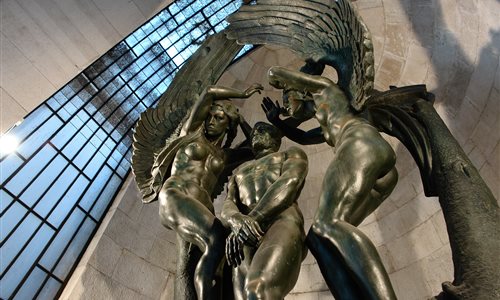