The sixteenth century Lalio Bastion of San Giusto Castle houses the Lapidario Tergestino, which has 130 inscriptions and sculptures illustrating the story of Roman Tergeste and its monuments, religious buildings, theatre and necropolis. 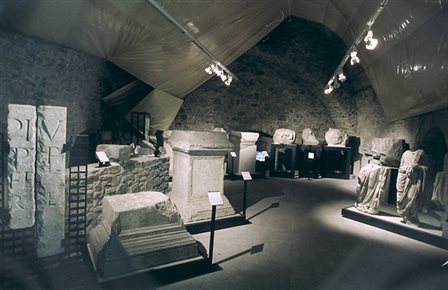 The exhibits include: inscriptions posted at the city gates; fragments of the equestrian monument given by the plebs tergestinorum to Lucio Fabio Severo, a distinguished citizen and Roman senator; imperial inscriptions commemorating initiatives by the emperors Hadrian, Antoninus Pius and Marcus Aurelius for the erection of public buildings in the city; materials from the civil Basilica, whose extensive archaeological remains are still visible in the square at the base of the castle; the exceptional series of statues - of Venus, Bacchus, Apollo, Minerva, Igea and Aesculapius - found during excavation of the Roman Theatre; and beautiful mosaics from the luxurious seaside villa discovered in Barcola. 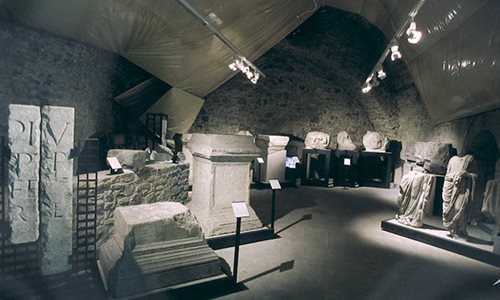