A new itinerary of the Great War is active in Prosecco, along the Alpe Adria Trail
(text in english)

In the forest named 'Fornace' in Prosecco, close to Miramare and along the Alpe Adria Trail, lies the park of the military training area of the Austro-Hungarian soldiers of the 97th Regiment.

The complex is very dense, covering an area of only 500 m of radius. Thanks to the variety of constructions present and their extraordinary state of its preservation, given that the area was spared from fighting during the war, it is a valuable example that demonstrate techniques of building war facilities and military tactics.

Entrance to the park is free of charge and the visit is made accessible thanks to a series of totems at each station. Here, QR-CODEs are displayed that give access to a webpage from where you can download a descriptive sheet. 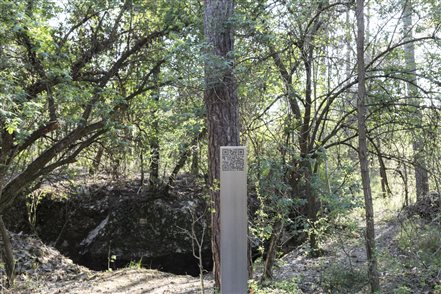 At the STATION 1 of the Prosecco military training area park there is a cave used as a soldiers' shelter.

The cave have been partially artificially excavated to transform it into a soldiers' shelter during the First World War. A wall was built to close the entrance, a part of the cave was blasted to build niches and dry stone stairs constructed to enable the descent. Parts of the walls are blackened due to the fire burning within the cave, over which limestone concretions are in progressive formation.

At the STATION 2 of the Prosecco military training area park there are an impact berm to stop the bullet and a shooting control hut. These are the remaining elements of a firing range consisting of an impact berm and four protective embankments, three of which are clearly recognizable along the path of the park between Station 1 and 2. 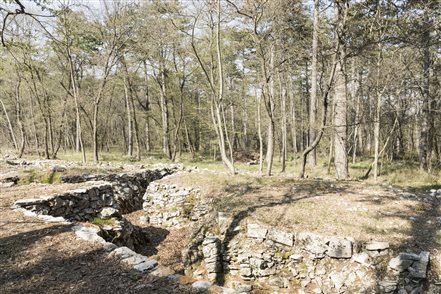 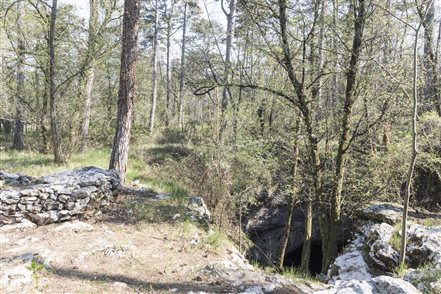 At the STATION 4 of the Prosecco military training area park there is the cave used as a soldiers' shelter and for the storage of ammunition and supplies. The entrance to the cave is through a series of stairs excavated in the rock. There are remains of the guard hut at the entrance. 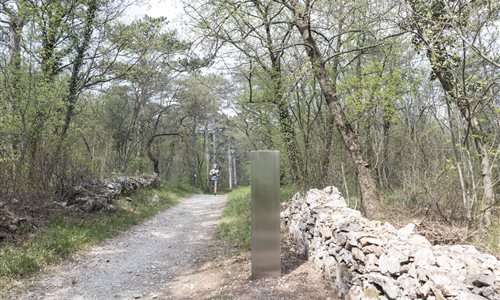