Where Trieste was born... 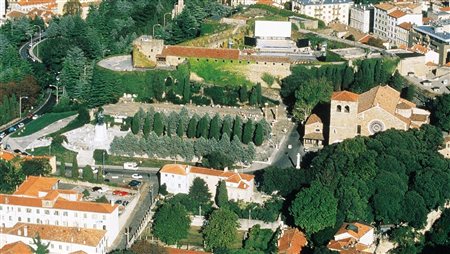 San Giusto Hill is the heart of Trieste: the first human settlement, a so-called castelliere, dates back to prehistoric times.

In Roman times, walls were built to protect it and within the walls the first public and religious buildings were erected: the forensic basilica and the temple, probably dedicated to the Capitoline Triad (Jupiter, Juno and Minerva). 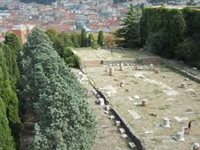 The Propylaea and the base of the original civic Basilica - where courts were held and business took place - were built in the second half of the 1st century A.D.

The Propylaea, the entrance of the sacred area, most probably were two large lateral structures decorated with columns and with steps in the middle. The remains, still visible today, give an idea of the monumental size of the building.

Between 1929 and 1934, works carried out not far from the Propylaea unearthed the three-nave Civic Basilica and the paved stalls area, which probably was the Forum (a large open space surrounded by buildings where Roman citizens met to discuss business) or a part of it.

Many centuries later, in the Middle Age, the Castle and the Cathedral as we see them today, were built next to it.