Trieste and the Cinema : people of Cinema

Trieste is more than a beautiful location, however, thanks to the extremely efficient FVG Film Commission and a team of local professionals and workers who can assist and support productions filmed in this region.
Trieste and the Cinema : people of Cinema 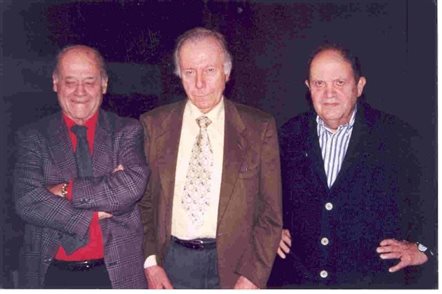 The city has also been the birthplace of "film people" such as director Franco Giraldi, the unforgettable creator of A Year of School, an adaptation of the story by Gianni Stuparich, as well as Tino Ranieri, Callisto Cosulich and Tullio Kezich, who have left their mark in the history of film criticism.

The 1960s were an important period. In addition to the Science Fiction Film Festival held here from 1963 to 1982, which brought viewers, directors and journalists from around the world, in 1968 a group of young people including Piero and Annamaria Percavassi, Sergio Ghersinich and Pierpaolo Venier, who were later joined by Luciano and Mariagrazia Celli, Bruno Chersicla, Cesare Picotti, Rosella Pisciotta, Lorenzo Codelli, Mario de Luyk and Piccolo Sillani, opened an art gallery in a deconsecrated chapel and after a few months added a film section. These were years of cultural upheaval, film societies, and artistic experimentation in all sectors.To To promote film culture by showing high-quality cultural, independent, international and alternative films, the Cappella Underground was created. This organization, which focuses on education, experimentation and research, has left an important mark on the city's cultural fabric and is still one of the leading promoters of the cinematic arts.