This restaurant is located next to the Roman arch, near Unità Square, in the historic centre of Trieste.

Recent careful renovation work has enhanced the history-filled rooms with modern touches. The welcoming and beautifully finished setting is made even more charming by the presence of the Arch of Riccardo, which is partially inside the restaurant.
The establishment has two levels, and in summer it is possible to dine in the welcoming garden in the small front square. The restaurant has a time-honoured history: it opened at the beginning of the twentieth century as the "Osteria dell'Antico Trionfo". It served the famous "Opollo di Lissa" wine, the most sought-after Dalmatian white wine of the era, a favourite of James Joyce, who was a regular visitor during his time in Trieste (1912-1915). It then became the "Trattoria all'Arco di Riccardo" and was one of the city's most popular and distinctive meeting spots for years.
The restaurant serves traditionally prepared fish and meat dishes modified by Luca's creative inspiration according to the season and produce availability.
It also has a well-stocked and continually evolving wine cellar.
Arco di Riccardo
via del Trionfo 3
tel. +39 040 241 0446
info@arcoriccardo-ristorante.it 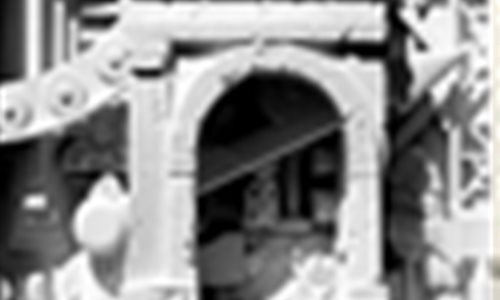