Jakic house, better known among Triestines as the "Onion House", is a villa of Muscovite appearance built for Anton Jaki in 1896.

It is one of Trieste's most unusual villas, located at 229 Viale Miramare.

Jakic was a former priest who is said to have abandoned his vows to become a spy of the tsar. The rumour seems to be true and the style of the villa is definitely a tribute to the roubles that the former Orthodox priest probably used to pay for the house.

The house was sold by the owner in 1904 and subsequently had many "masters". For a time it was a well known and elegant brothel, and even gained international fame as a gambling den. 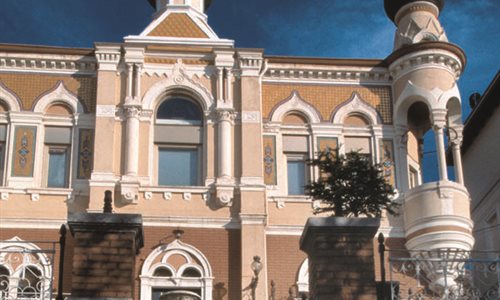